Simply a joy to be around 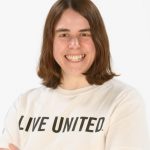 Virginia has a wealth of knowledge and expertise that is truly valuable to a wide range of nonprofit professionals and beyond.

In my 10 years of working in Development I have taken numerous classes and Virginia’s sessions were by far some of the most beneficial and educational that I have attended. She was able to offer real world experience as well as a variety of materials and resources. Plus, she is simply a joy to be around!

An in-depth understanding of the nonprofit world 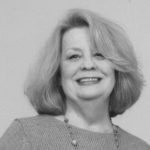 Ginny is always professional, knowledgeable and capable. She has an in-depth understanding of the nonprofit world and the business skills, leadership and inspiration needed to succeed in an often difficult and competitive environment.
For over 10 years, Express Theatre had Ginny on a consulting retainer. During that time she was an invaluable asset to our nonprofit organization. We utilized her skills and talents for all sorts of assignments and were always delighted with the results.

When facilitating board retreats, she energizes the participants and guides them to a better understanding of their role within the organization. She helped develop our Strategic Plan and played an important role in structuring a very successful mentoring program for staff development.

Most of all, we always valued her research, guidance and writing skills in developing both our private foundation and government grant proposals. With her assistance, our contributions from private sources grew by over 600%.

A major force in every effort in which she is engaged

Virginia Lang is a major force in every effort in which she is engaged. A prime example of this began almost four years ago when a group of wildly enthusiastic and highly dedicated leaders in Fort Smith, Arkansas initiated efforts to have the city designated as the site for a national museum honoring the U.S. Marshals Service. Throughout that period of time, this group led an entire community through the U.S. Marshals Service selection process which began with sixteen cities and was eventually narrowed to two. In January 2007, Fort Smith was named as the site for this exciting museum. Virginia not only shared her outstanding creativity, organization, writing skill and vision in this major effort, she also guided the group with wisdom and knowledge.

Virginia wrote the strategic plan for the museum and was among those who made the presentation on behalf of Fort Smith to the U.S. Marshals Service in Washington. As an Administrator at the University of Arkansas Fort Smith at the time, I was fortunate in working with her in this capacity and then later to observe her in many other leadership endeavors.
In the fairly short time she was a resident of our area, Virginia Lang was quickly known as a dynamic leader who got things done. She worked with many different groups and organizations, writing grants, coaching a wide range of leaders, developing strategic plans and even directing drama presentations. She is a very capable facilitator, and she has outstanding interpersonal skills.

Virginia has a particular talent in working with non-profit organizations. Those organizations who have worked closely with Virginia have gone on to even greater success, and they are quick to credit her with their success. It is my pleasure to recommend Virginia Lang as an excellent consultant, facilitator, strategic planner, and an excellent and highly successful grant writer. Whatever she does, she does very well.

We recommend her to friends and colleagues near and far 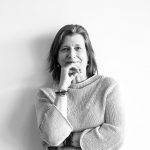 Ginny’s mindfulness of the role the nonprofit world plays in the overall economic landscape and in our quality of living is reflected in her day-to-day engagement and her long-term commitment to this field. The wealth of experience she has acquired has inspired many others, including myself, to excel as professionals and advocates.

Ginny has a keen eye for bringing people and opportunities together and selflessly offers to make these connections happen. She is an asset to our organization – respected by our staff and Board. She has built many bridges, the results of which support “community” in the truest sense of the word….Her mindfulness of the role the nonprofit world plays in the overall economic landscape and in our quality of living is reflected in her day to-day engagement and her long-term commitment to this field.

As our Fund Development Consultant for over ten years, Virginia has performed extremely well under numerous and varying circumstances….she can handle numerous tasks at once and does not easily become stressed. She is resourceful….loyal, self-motivated, organized, insightful and committed. Not only do we trust her with providing the best solutions for our organization, we also recommend her to friends and colleagues near and far.” 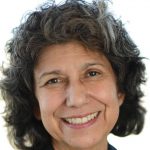 My style of idea generation mixes metaphors, concepts and management principles. You acted as ‘translator’ with an uncanny ability to simultaneously listen, check my intent and provide open and direct feedback. This refreshingly respectful approach melded ideas to action seamlessly and painlessly.  With you serving as mirror and mentor, I developed the confidence to turn concepts into concrete solutions. Thanks again!

I thank my lucky stars that I found Ginny 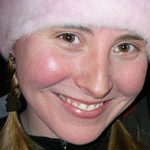 Ginny helped me feel comfortable in my own skin as a presenter. I was someone who took 4 years of honors English classes in high school to avoid taking one semester of speech class. I dreaded giving presentations – something that only got worse when I started my own business and had to do just that on a regular basis. Before each presentation, I would get nervous and while I could get though it, I was never confident and comfortable with the process.

After a decade as a business owner, I was invited to teach classes on my area of expertise at the college level. This brought with it a new level of discomfort. Not only did I have to give much longer presentations, more often, I had to figure out how to plan and teach a class. I thank my lucky stars every day that I found Ginny. She taught me the mechanics of planning a class and getting a class “on its feet” as well as the technical basics of being a strong presenter.

I’ve learned how to organize materials so that they flow and are entertaining for my audience. I’ve learned how to project the image that I’m confident in while making my students feel completely engaged. Ginny’s background in theater is a huge asset in this work. She understands what it feels like to be vulnerable as a performer and how to overcome that feeling while using it to communicate authentically. Beyond learning how to present effectively, Ginny taught me how to ad-lib and actually ENJOY giving presentations. She is a talented director and brings her clients’ unique presentation styles to the forefront with kindness and humor in a way that feels effortless. It’s because of Ginny that I get excellent reviews from my students and add new classes to my portfolio every year. 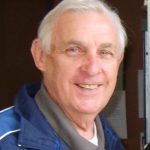 Ginny Lang is a consummate professional fundraiser. She believes in research before asking, she becomes fully informed about the nonprofit organization she represents, and she is an excellent written communicator. Ginny’s narratives are just long enough to impart all the facts, and just personal enough to motivate the potential grantor. Her long list of clients and accomplishments are quite impressive. And, Ginny Lang establishes a positive working relationship that generates complete confidence and trust.

At the top of her league 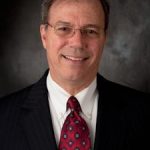 Virginia has the rare ability to take divergent points of view and distill the information in order that meetings can go forward to a conclusion that satisfies everyone. She has skills and abilities that put her at the top of her league.

Ginny’s expertise in the world of nonprofit organizations is boundless 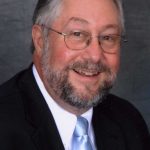 If Virginia Lang can face ten members of the United States Marshals Service and emerge victorious, she can no doubt be of great value to your organization.
In the few short years that Ginny Lang resided in Fort Smith, Arkansas (2005-2008), she made a lasting contribution to our community by playing a major role in the successful selection process of being named the future location of the United States Marshals Service national museum.

Ginny enthusiastically accepted the responsibility of addressing the more mundane aspects of the process including the creation of a business plan and operating structure for the proposed institution. She was called upon to organize and present the most critical issues both in writing and in person as a presenter at Marshals headquarters in Washington D.C., and during the final site inspection visit in Fort Smith. The members of the Service were quickly impressed with her thorough grasp of the subject matter and her knowledge and passion for the history of their 218 year old organization.

Ginny’s expertise in the world of nonprofit organizations is boundless. Her professionalism, passion, creativity and humor bring the worlds of business and the arts together to the benefit of many. Simply put, hire Virginia Lang while you have the opportunity. She will quickly become a valued business associate and personal friend.

Her results speak for themselves 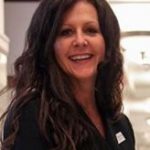 Having Ginny Lang on the Hope at Hand team has been a game-changer in all areas of our operations. Ginny was able to quickly and accurately grasp the mission and vision of our work and translate our goals into effective grant language. Ginny even made a website recommendation to keep our application language consistent with what was being published on the web. Within 30 days, we pulled the original website down and launched an entirely new website following Ginny’s recommendations. Her suggestions for bookkeeping has changed our prior system of keeping track of grant monies and spending categories.

As a client living 3000 miles away, the space between us goes unnoticed. We spend hours collaborating on the phone and through documents that we edit and share. I actually find our long distant communications more efficient than working with local companies, since I am not driving all over town to make another appointment. Our communications are streamlined, focused and successful. The number of grants submitted on behalf of Hope at Hand has tripled. Our grant awards have increased 100%. Press releases sent to celebrate our successful grant awards have proven to increase our presence and awareness within the North Florida community. Her results speak for themselves.

Ginny Lang is more than a just “a grant writer” to me personally. She is a wealth of knowledge and she gives freely. She has taught me so much about the grant writing industry and how to be successful. My success is co-mingled with her success. She has taken the time to mentor me in a way that I could have never imagined. I highly recommend Ginny Lang and Lang Consulting. 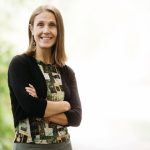 I have been consistently impressed with Ginny’s steady pace, positive energy and her ability to mediate, moderate and articulate what any audience, whether a group or an individual, most needs to hear. I look to her for wisdom, advice, and to share new ideas. I highly recommend her as an inspiring leader who helps organizations, and the individuals who care about them, navigate growth and change.

She possesses a unique ability to direct a sharper focus for Boards, volunteers and staff to develop more effective strategies and tactical plans to strengthen their own organizations and increase their effectiveness with practical solutions that reach well beyond scholarship or theory. She drives active cooperation with thoughtfulness, humor, and compassion. She facilitates innovative training and leads workshops in a way that sparks that sought-after “aha moment” that can generate tangible and timely results.

Virginia Lang and I met several years ago as members of the Peer Education committee for the Whatcom Council of Nonprofits. There, and in ensuing collaborations as colleagues, co-presenters and practicing nonprofit advocates, I have come to know Ginny as a seasoned professional with a profound understanding of the role that mission driven organizations play in addressing needs.